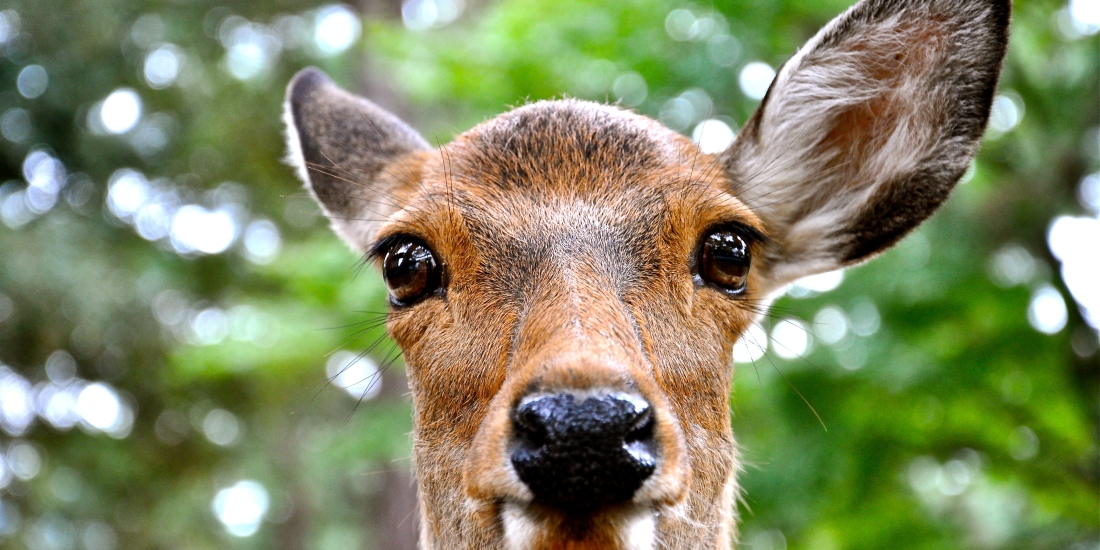 Over a thousand years ago, the great Shinto deity, Takemikazuchi-no-mikoto rode into the Japanese city of Nara on the back of a white deer. In the year 768, Takemikazuchi-no-mikoto was enshrined with three other Gods in Kasuga Taisha temple, which still stands today, in Nara Park. Legend has it that the Gods of the grand shrine have been sending messengers to watch over the city in the form of Sika deer ever since.

Thousands of pilgrims arrive at the ancient capital’s UNESCO World Heritage Sites each day. These are some of the most sacred places in Japan, including the Great Buddha Hall, the world’s largest wooden building, and home to the world’s largest bronze statue of Buddha, at 15 meters (49 feet). With such an embarrassment of historical, architectural and spiritual riches, it seems extraordinary that a herd of wild Sika deer have carved out such a prominent place in the daily life of this city.

Around 1200 Sika come down from Nara’s hills each morning to walk, unhindered around the temples and park, often straying into the city itself.

I visited Nara as a day trip from the majestic city of Kyoto. It takes a special place such as Nara to tempt a person to leave the wonders of Kyoto and make the 26 mile train journey south. I arrived at Kintetsu Nara station in the morning, and made the 20 minute walk to the temples in the park; admission is free. On reaching the park, I see Sika. Not just one or two, but many deer, wandering among people.

In western cultures, the idea of a God riding into town on a white deer may seem like nothing more than a good story. But in spiritual Japan, among temples and gardens, rich with history, it doesn’t seem far-fetched at all. There is a powerful sense of tranquility, as candle flames flicker and heavy, incense laden air drifts from temple doorways.

Worshipers come to praise to Buddha, in ancient shrines that have stood within immaculate grounds for over a thousand years. Japan is a land of fire and devastating earthquakes, and yet this splendor stands strong. It is easy to imagine that Takemikazuchi-no-mikoto, with his messenger deer have provided protection to the place and its people.

In Nara culture and law, the Sika deer have moved from being divine and sacred, protected against harm by the penalty of death, to being reclassified and protected as National Treasures. 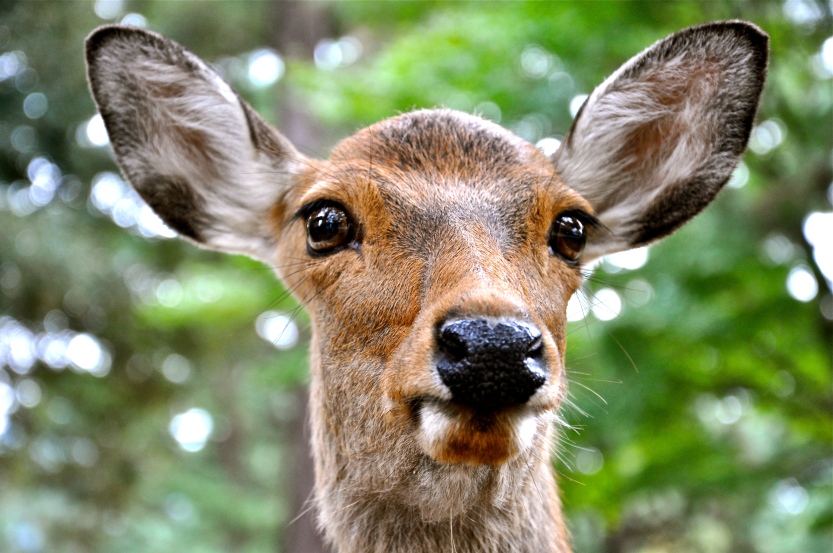 These beautiful creatures appear as serene and gentle as the kind, spiritual Japanese people who come to pray and give offerings. But more time spent walking among these animals, watching their behavior, reveals a darker side.

Many people connect with the Sika by purchasing “Deer Biscuits” at 150 Yen ($1.20) per pack. The deer have become accustomed to this easy food source and, combined with their revered status, are not averse to taking advantage of the generosity of well-meaning temple visitors.

It is said that the deer will often bow to humans who feed them. We have seen this on TV documentaries, and it appears to be remarkably civilized. However, the practice of bowing in deer society usually precedes a head-butt, and this was certainly my observations in Nara.

Any person with a handful of irresistible Deer Biscuits is fair game. The Sika will stand with their endearing, large, shiny, brown eyes, accepting a steady conveyor of crackers. The trouble starts when the generous tourists find themselves confronted by more deer than they have food for, or if the conveyor gets a little too slow for the Sika’s liking.

This is when the deer move in! You can watch the ambush playing out; it starts with a previously confident tourist getting an uncertain look in the eye. Then a step backwards, at which point the deer senses opportunity and immediately realizes that now, is the time to take advantage.

A well timed advance, maybe a nibble of a sleeve or, from bolder members, a gentle head-butt to the backside or thigh can see an unnerved and manically giggling tourist throw a whole pack biscuits to the herd. This scene is played out in small groups, all day long. I found it a joy to watch, as teams of expressionless Sika out manoeuvred their providers almost every time and the people enjoyed it, too. Scenes like these have, no doubt, been played out for centuries.

If opportunity presents itself, go to Japan. Go for the spectacular architecture, the beautiful and gentle culture, the truly extraordinary food and the wonderful people. But while there, take a moment to see the curious wild Sika deer of Nara while you walk among the shrines of the Gods.

Shares, comments below, and feedback welcomed