I took this shot of an American Bullfrog in New Jersey in the Autumn. If this weather persists I’ll be seeing them again soon. It feels very much like spring is almost upon us. It has been a warm winter here in the NE United States. Is there a big freeze waiting in March?
American Alligator 🐊 follow my bio link to read my blog about the alligators I found while visiting a Savannah wetland. 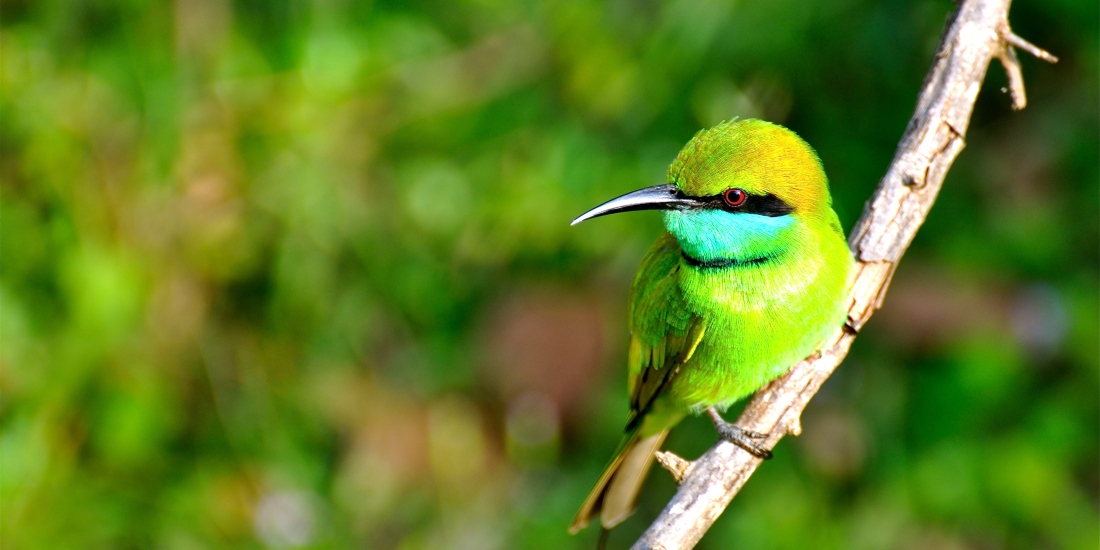 The emerald isle of Sri Lanka is a dream destination for lovers of nature. The vast national parks, where wild Asian Elephants still roam, present some of the world’s best opportunities for viewing wild leopards in their natural habitat. Crocodiles bask on lake shores and bird life is abundant. Not to mention the spectacular marine life around the coast.

During a 9 day trip starting in the capital Colombo, I checked-off many species of birds, mammals and reptiles, from the cool, lush green highland tea plantations of Ella to the baked southern grasslands of Yala. One family of birds was ever-present throughout the trip – the bee-eaters.

As a child, watching TV nature documentaries, the bee-eater family is one of a handful of species, along with species such as kingfishers that my mother would swoon over. The European species is known to visit Britain and so is afforded a section in most British bird field guides. In truth, their visits are infrequent and small in numbers, meaning there was little chance of us seeing one. I have though, been fortunate to see them in many different countries whilst on my travels, but usually in pairs on a high telephone cable, tree top or feeding on insects high up in the sky above.

This is where Sri Lanka is different. The Little Green bee-eaters were often found on low perches, as they skimmed across the grasslands and rice paddies.  The sound of their twittering was a constant back-drop on a sunny morning and it was also possible to get quite close, especially if you are in a jeep. All of these photos were taken in or around Yala National Park and always with a 70mm-300mm zoom lens.

There are four species of bee-eater in Sri Lanka:

I was fortunate enough to have seen them all during my short trip to the island. This post shows photographs of two of these species. By far the most common and most accommodating to the amateur photographer, was the Little Green.

For me, bee-eaters fit nicely into the group of birds that could be classified (perhaps not scientifically) as ‘Outrageously Colourful’ along with parrots, hummingbirds, kingfishers and a few other species. They are a joy to behold, for bird enthusiasts and casual observers alike, we wonder how it is possible for a bird to be created with such dazzling colour.

These magnificent birds, in shimmering shades of green and blue grow up to 18 cm (9 inches), which includes an elongated tail ‘spike’ of around 5 cm (2 inches). The Sri Lankan sub-species have a pale blue throat. The bright ruby eye seems like an extravagant adornment to a bird, already resplendent with colour.

As may be expected from the name, as well as being little and green, these birds feed predominantly on bees, wasps and ants. They capture their prey on the wing, in aerobatic manoeuvres before deftly removing the sting and tenderizing the body with a series of bashes on a suitable post. The insect is then swallowed and any hard parts are regurgitated in pellet form.

This beautiful and once seemingly inaccessible bird is one of several species that led me to create Incidental Naturalist. There has never been an occasion where I have set out to look specifically for bee-eaters, and yet I have seen them in so many countries, incidental to holidays or business trip, in towns and countryside.