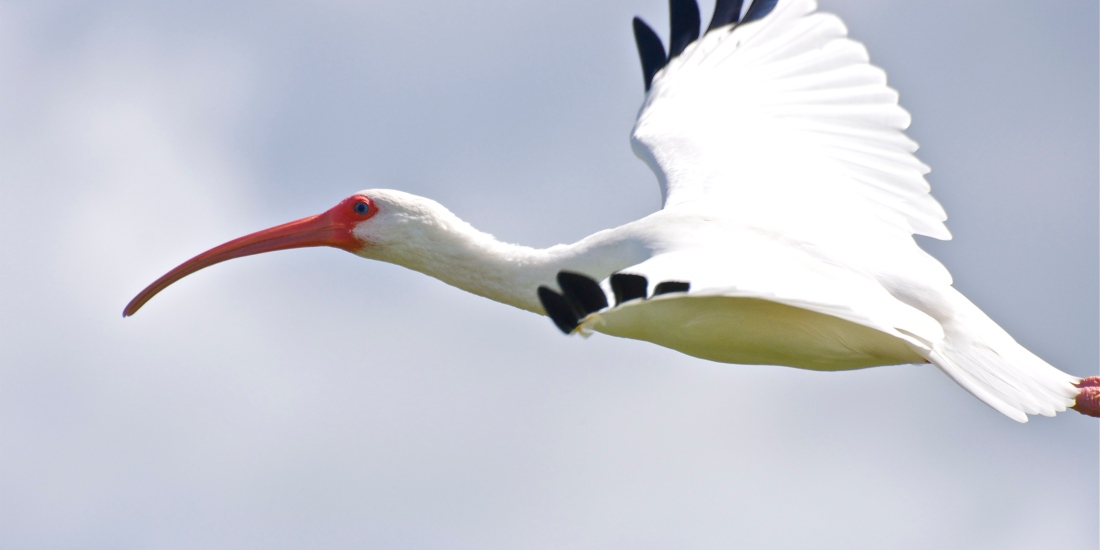 Sitting by the warm azure sea, while on vacation, watching a small flock of American White ibis feeding is what being an Incidental Naturalist is all about. Connecting with the natural world while in a very human environment.

The American White is one of twenty eight species of ibis, globally. I have been fortunate to have seen five. Having spent time living in Australia, I was used to seeing the Australian White ibis. These city birds can be seen using their long beak to probe deeply into rubbish bins in search of junk food snacks. Its featherless head and neck could almost have been designed for scavenging in human trash, in the same way that a naked vulture head evolved for delving deep into rotting carcasses. The Australian bird is undeniably comical and fascinating resident of New South Wales city parks and town squares. With off-white feathers and a junk food habit, it has something unclean about it, in the same way as a city pigeon can appear unclean.

The American White ibis is a completely different bird. This ibis is a resident of coastal parks, mangroves and fresh water lakes. A more timid bird than their brazen Australian cousins, these birds are bleached white with striking red legs, matching red beak and piercing blue eye.

I first saw these snowy waders stalking the Florida mangroves in small groups, often walking in synchronized steps as they sweep their long curved beak through the shallows, sifting for tasty morsels. A healthier eater than the Australian White, crabs and other small invertebrate make up the bulk of their diet. The White ibis remains numerous in the Southern United States, and in the region in general. Its conservation status is classified as Least Concern. Local populations have been affected by habitat loss but the species continues to thrive and even extend its range.

The American White ibis is a medium sized wading bird, growing up to 28 inches (70 cm) with a wingspan of up to 41 inches (105 cm). It is often seen feeding in shallow water, close to larger waders such as herons, egrets and spoonbills. The smaller ibis is easily distinguished by its long, curved red beak. The oldest recorded bird survived to over 16 years old.

Juvenile American White ibis are anything but white. Starting life in various shades of coffee and becoming whiter with every molt until the end of the third year, when the mature bird completes its finery of white feathers with distinctive black wing tips.

The mangroves along the Gulf Coast of Florida are always great places to see this bird as are the regions coastal parks. Large numbers are also seen around inland water bodies such as those found at Celery Fields near Sarasota.

Driving to the airport at Tampa, having attended a conference, I was able to pull into a car park by a lake and snap a photo of this stunning bird in flight. Another reminder of the beauty of the wildlife that surrounds us every day, if we take a moment to stop and see it.